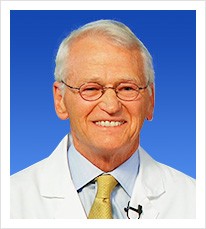 Spine, Back and Neck

In 2008, Dr. Fardon came to Midwest Orthopaedics at Rush from Southeastern Orthopaedics, where he led a distinguished career in clinical orthopedic medicine, spinal surgery, academic pursuit, and national leadership. He has authored numerous scientific articles, textbook chapters, and books addressing disorders related to the spine, including coeditorship of the prestigious Orthopaedic Knowledge Update for Spine II. This academic volume, published by the American Academy of Orthopaedic Surgery and the North American Spine Society, is used as a core curriculum text for graduate training in spine.

A medical graduate of the Kansas University Medical School, Dr. Fardon completed his orthopedic residency at the University of Missouri Medical Center. As a testament to his standing among fellow physicians, Dr. Fardon has been named by his peers to "Best Doctors in America" for each of the past 14 years. Only 5% of the doctors in America earn a spot on the Best Doctors in America list. He is a member of the prestigious American Orthopaedic Association, and has served on the editorial boards of five major orthopedic, spine-related journals.

In 1996 and 1997, Dr. Fardon was President of the North American Spine Society, the world's largest organization of board certified spine-care specialists. In 2000, the society awarded him with its Selby Award for Outstanding Contributions to Spine Care. Dr. Fardon participated in the North American Spine Society's Clinical Guidelines and was a faculty presenter at the American Academy of Disability Examining Physicians course on AMA Guidelines.

In addition to his scientific writing, Dr. Fardon has published three books for the general public on neck care, back care, and osteoporosis and has authored numerous commentaries on artistic and social issues related to the spine. A runner (ten marathons) and occasional player of golf and tennis, he enjoys most spending his leisure time with his wife, Judy, their four children and spouses, and seven grandchildren, and his dog, Gus. 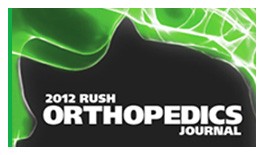 The program emphasizes both basic and clinical research.